Healthcare fraud and abuses: No more! 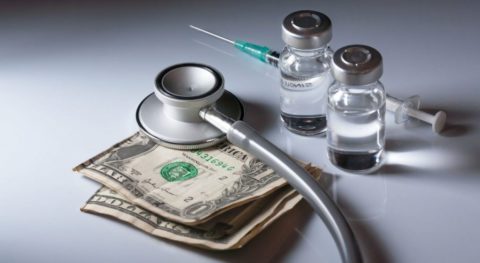 Healthcare expenditure continues to grow without any signs of budgetary cuts. In the last fiscal year, the expenditure crossed $1 trillion mark and of this spending, Medicare and Medicaid accounted for more than $600 billion. To mint money from Medicare and Medicaid, the unscrupulous elements will ramp up their efforts and run several schemes. The recent case of Dave Williams1, who conned the insurers into paying for gym sessions attended by his clients, highlights the craftiness of unscrupulous elements in finding loopholes in the federal programs.

Several laws have been passed by the federal and state governments. Stakeholders must be aware of these stringent or not so stringent laws. False Claims Act, the Health Care Fraud Statute, Exclusion Provisions, the Anti-Kickback Statute, and the Civil Monetary Penalties Law are the well-known laws that are already in force. In addition to these laws and statutes, there are several federal and state laws are in force to punish the unscrupulous elements in the healthcare sector.

The federal government has been striving to enforce laws and prevent frauds and abuses with an array of measures. For instance, Office of Inspector General, a part of Department of Health & Human Services (HHS) operates Medicaid Fraud Control Units (MFCUs) and Medicare Fraud Strike Force to investigate cases of healthcare fraud. These teams have been tracking down the frauds and if reports are to be believed, $2.5 billion have been recovered in 2018 from the fraudulent healthcare providers. However, the question arises: Do insurers and the federal agencies need to follow a different approach? Is reliance on convention, investigate after fraud happens, a hindrance in preventing frauds? Is reactive nature of law enforcement agencies needed to be changed?

The questions impel decision-makers to rethink over the limitations of the conventional methodologies. The need of the hour is the preventive measures that will eliminate the probability for fraud. The questions also lead us to the other end of the healthcare spectrum. While fraudsters continue to fleece the Medicare and Medicaid, are the later building any checks? State and federal governments can stop the vicious cycle, which includes false medical claims, their settlement, and subsequent arduous investigations.

Definitely the aforementioned issues continue to rattle federal and state governments. No doubt, a solution that can add efficiency in screening and enrolment processes is the need of this hour for the obvious reasons. Evidently, the success of claims process can be ensured with intelligent enrolment and screening mechanisms that vet ingenuity of healthcare providers and help in keeping away the unscrupulous elements right from the word go. While federal and state governments are vexed over the conmen that fleece them, the way out of these functional quandaries is Digital Harbor’s solution KYP (Know Your Provider). The solution enables the federal and state agencies to implement the end-to-end enrolment and account management process and steer clear from the malicious actors.  So, the question remains what are the features and functionalities of KYP that make it impregnable?

KPY’s robust suite of functionalities enables the users to undertake Application, Account, and Case Management. As the solution is the integral part in all the phases of healthcare provider application lifecycle, state and federal government officials can perform a gamut of activities that range from screening of the provider application to investigating the provider’s credentials. Too many tasks to execute, right? However, with KYP, executing hundreds of tasks is extremely easy because it empowers the knowledge workers with collaborative intelligence (CI). The Digital Harbor solution breaks down the information siloes and fetches all essential datapoints from thousands of information sources.

What happens when the powers of data and collaboration are coalesced?

The answer is obvious. Crystal clear view of provider’s background and professional information. KYP, an amalgamation of information and intelligence, empowers the state government employee to screen provider application, collaborate with other decision-makers and weed out the suspicious providers. As we know, determining the schemers at the first stage is a step towards fraud-less healthcare system, KYP will usher the state governments into the era less of post-fraud investigations and billions in losses.